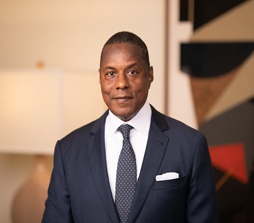 He is listed in The Bond Buyer’s Municipal Marketplace, better known as the “Red Book" as sole bond counsel.  Mr. Charleston has extensive experience with general obligation bonds and revenue based obligations that cities, counties and political subdivisions frequently issue.  These include water and sewer revenue based issues and issues supported by other revenue streams to include bonds secured by hospital system revenue for county or city owned facilities, for example. He also has substantial experience in affordable housing development utilizing housing bonds and low income housing tax credits.  He has served as general counsel to multiple housing authorities.

Mr. Charleston has been on the cutting edge of Medicaid transformation in North Carolina.  He has served as general counsel to public managed care organizations.  Mr. Charleston and his team also have substantial experience representing healthcare providers offensively and defensively in payor and licensure disputes.

He also regularly represents licensees, physicians and dentists before administrative panels in disciplinary matters including, for example, the North Medical Board and North Carolina State Board of Dental Examiners.

Mr. Charleston combines a strong record of success in his areas of practice with a longstanding commitment to community service. He was the first African-American partner in a major law firm in the Raleigh, Durham, Research Park Triangle Area. He supports numerous community activities and charities, and is an active member of local and national bar associations.