FAYETTEVILLE, N.C. – The Charleston Group, one of the largest minority-owned law firms in the Carolinas, is pleased to announce that Steve Benjamin, Mayor of Columbia, S.C., has joined the Firm. 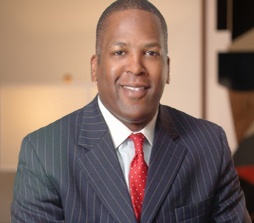 Mayor Benjamin will co-chair the Firm's extensive Public Finance and Affordable Housing Practices. His experience with bonds and other revenue-based obligations used by local governments positions the Firm for more rapid growth.

Mayor Benjamin is currently serving as Executive Chairman of Municipal Bonds for America. In 2019, he completed his term as the U.S. Conference of Mayors’ 76th President. Mayor Benjamin also served as a National Co-Chair of Mike Bloomberg’s presidential campaign.

“Mayor Benjamin has earned a national reputation. He brings a depth of experience in public finance and other practice areas including transaction, real estate, government relations, and regulatory matters,” said R. Jonathan Charleston, the Firm’s Managing Principal. “We are honored to have Mayor Benjamin, and his track record for delivering results, as a member of our Firm.”

Mayor Benjamin added: “I am constantly working to find the best way to deliver for my clients—just as I do for my constituents. Combining my experience and network with the talent, resources, and reach of The Charleston Group creates an unmatched value proposition for navigating the challenges of public finance.”

Since 2010, Mayor Benjamin has worked to transform Columbia—South Carolina's capital and its largest city—into the most talented and entrepreneurial city in America. He has engineered several economic development successes, most notably Main Street’s rebirth. Quality job creation has also been a priority. During his first term, metro area unemployment plummeted 50 percent and billions in new regional investments were secured despite the Great Recession.

Mayor Benjamin has twice been named to The Washington Post's Root 100 List as well as the 2014 GRIO 100 List of History Makers in the Making. He also received a 2014 Triumph Award from the National Action Network as their Public Servant of the Year.

The Charleston Group has one of the most experienced Public Finance Practices of any minority-owned firm in the country. The Firm’s lawyers have extensive experience serving issuers as bond and disclosure counsel and as underwriters’ counsel to investment banks.